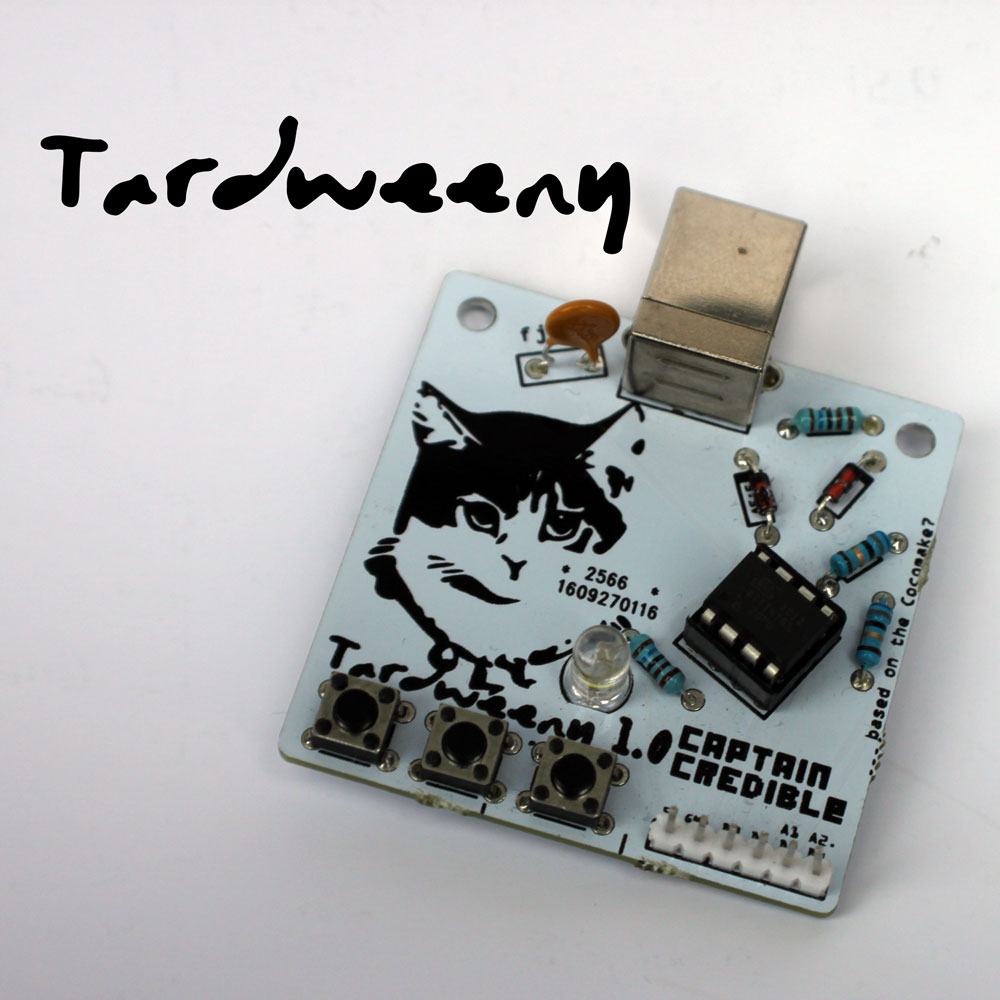 The above shows the tardweeny set up as an “autohacking” device that simply pretends to be a keyboard and sends a bunch of automated keystrokes to the computer. This is simultainiously an exercise in computer security.

How many outputs can you have from an attiny85 using usbmidi? As many as you fucking want, thats how many. #usbmidi #attiny85 #science #hardwarehøst

In the above example the tardweeny is set up to take midi messages in and turn on and off 16 digital outputs. These could in turn control motors, electromagnets and other actuators to make a musical robot.

Testing the Tardweeny 1.0 with the awesome #cocomake7 core and one-wire touch sensing. Ready for #skaperfestival . I really like the low component count, insanely cheap build and ease of use afforded by the cocomake7 core on the #attiny85 #touch #synth #cat

In the above video the Tardweeny is set up as a capacitive sensor and sending midi messages when the banana is touched by a person.

Here the tardweeny is used as a automatic poetry generator.

Below are some variations of the tardweeny, Other circuitboards that use the same core as the Tardweeny.

Prototype of super minimalist USB midi controller! Quick to build, fun to use, handy to have. #midi #attiny85 #small #whot!!?

Keepin it simple. Midimoth is 5 knobs 2 buttons and a tilt sensor. Over usb midi, for now. #hardwarehøst

Candlepower is a miniature version of my candle controlled synthesizer:

Tardwidy is a prototyping plaform specifically for USB midi controllers: