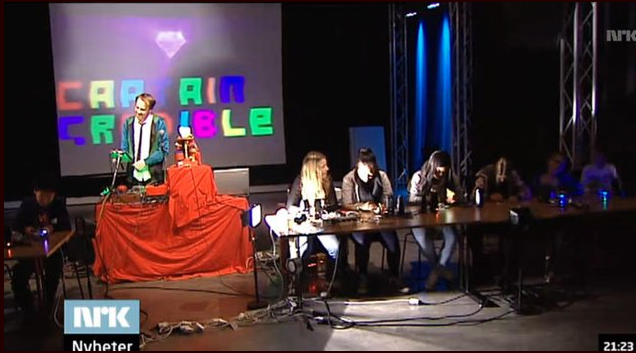 I hold a number of different workshops where the participants build and learn about electronics and sound.

A workshop can last anywhere between one hour and several days , and tailored to suit the participants age and ability. From un-initiated 11- year-olds to more experienced electronics hobbyists, the primary goal is always to teach the participants a set of skills with witch they can experiment and explore further. We avoid unnecessarily complicating things, and focus on play rather than theory and maths. For those who are interested, more in-depth information about the theory of what we are doing is always readily available. I have held workshops in schools, at festivals and a variety of different venues. Building MIDI controllers, random music generators, drumming robots and programming software and hardware.

Below are some examples of the various workshops available. Click the Images for more info on the different workshops. 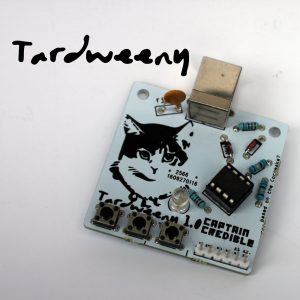 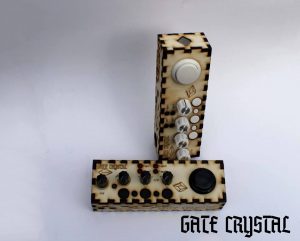 The Gate Crystal is a monophonic digital FM synthesizer based on the Atmega32u4 microcontroller.  It is capable of creating a variaty of sounds most and boasts the following features (may be subject to change without warning):

A versatile USB and 5pin midi interface that can send CV and gate and be extensively tailored to control your gear. Also boasts an on board LFO that can controll whatever gear you like. more… 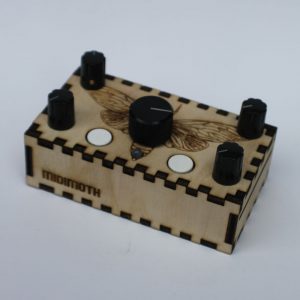 Midimoth is a small usb midi controller with 5 knobs and 2 pushbuttons. It is handy as a little controller to aid in programming automasion in the studio. Or to controll effects or instruments in a live setting. It’s small and light, making it very portable for the producer on the road and its class compliant so you dont need any drivers or specific software. Works with Cubase, Ableton, FL studio, Traktor  and just about all other DAWs.  more…

This is a basic workshop suitable for kids and adults with no experience in electronics. No soldering required just playing with basic electronics and making weird noises. A basic light sensitive drone synth with a few tricks up its sleeve. 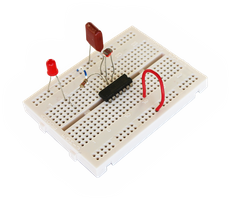 We build a basic light sensitive drone-synth using a 40106 hex inverter chip. The entire circuit is assembled on a solderless breadboard, so no soldering required. This workshop focuses on experimentation and play and the participants modify and create their own unique bleepy-bloopy noisemaker. With plenty of tips and tricks to get more interesting sounds. The participants can later take whatever they have built home with them for fun and further experimentation. The video below (in Norwegian) shows the concept that the workshop will be based around.  The idea behind the whole workshop, is to show the audience that electronics  aren’t necessarily so complicated and inaccessible as they may seem. Once we’ve learned enough to scrape at the surface, and to avoid dangers like hazardous electrocutions and huge explosions, we can experiment and google our way to the most fantastic inventions.
more… 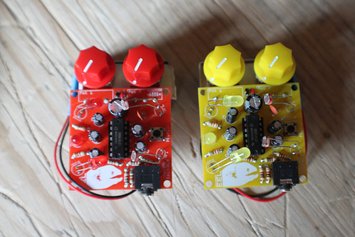 This is like the breadboard oscillator mentioned above, only instead of using a solderless breadboard we will use a printed circuit board and solder the components on. Rather than learn experimentation and modification the participants learn to solder and build a fantastic bloopy-bleepy cmos noise synth that boasts four light-controlled pulse -wave oscillators one of witch has sync and two LFOs that modulate the oscillators via LEDs. Its fantastic fun to play with.

I will typically tailor the printed circuit board for each workshop and can include your logo or image on the circuit board, the one imaged to the right was made for Bandorg. 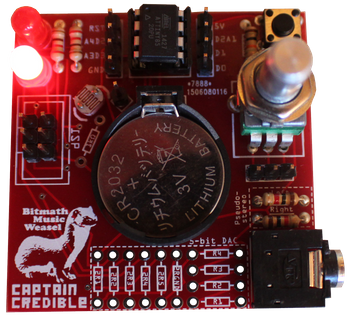 We solder together a circuit board hosting an attiny85 microcontroller that we subsequently program using a computer, a usbasp programmer and the Arduino IDE. The main purpose of the board is to experiment with extremely lofi generative 5 bit music, but the atmega can practically be programmed to do anything. The board has a simple pseudo stereo output configuration, or optionally a more complex mono 5bit DAC output. It also has a light dependant resistor, a potentiometer and a tactile switch that can be freely connected and utilized via the pin headers and IDC connectors.

I will typically tailor the printed circuit board for each workshop and can include your logo or image on the circuit board.

Above is an example of the kind of generative music that can be made with this kit, and below it is an alternative more complicated-to-code and arguably more musical alternative. 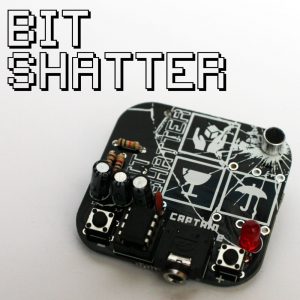 Bit Shatter is a voice changer / pitch shifter based on the ATtiny85 microcontroller, It can pitch your voice up, so you sound like an annoying blue frog, or you can pitch your voice down, making you sound like some kind of enormous mutant space shark, or a friendly demon of the nether realm. It has two pushbuttons (to pitch up or down by incremental steps) and one microphone. The sound is sent out through a 3.5mm headphone jack. more…

DIY MIDI controller with up to 32 knobs/switches/sensors

We assemble, solder and program a circuit board that acts as the “brain” in a midi controller. The participants then build or acquire an enclosure to mount it inside. Drill holes and mount potentiometers, LEDs, arcade buttons, distance sensors, light sensors switches, you name it. Until finally at the end of the workshop they have a working midi controller that can control software or hardware synths and effects. The midi controller will also be able to receive midi from and control real world things such as lights, motors, relays and so on.

This workshop requires the participants bring a computer, a box/enclosure they want to turn into a midi controller and something that will send and receive midi (although i can always provide the latter if it is problematic)

It should take approximately 1hr to build assemble the circuit board, 1hr to build the enclosure/mount pots,LEDs and sensors, 1hr to program it, and then it is good to have an additional hour to muck about/refine and fine tune, or alter the designs 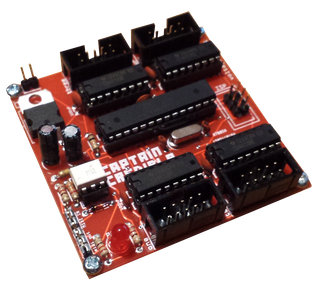 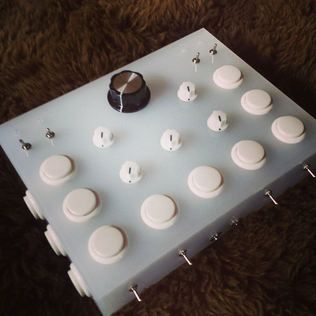 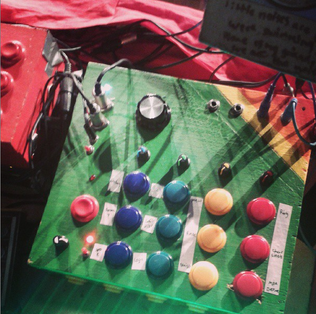 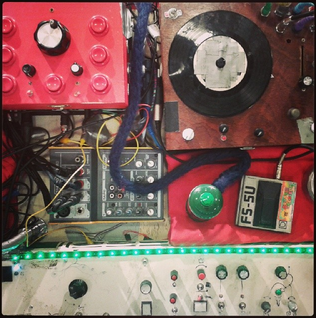 If you would like to book Captain Credible to perform at your venue/festival/boat, and or hold a workshop/party, please see booking page